Immersive projections that transform buildings into canvases for incredible 3D graphics and images have been stunning audiences across the globe for the past few years, but Pearl Media took 3D projection mapping a step further for a Chevrolet event in Hollywood last December. They put attendees in control of the content.

In support of Chevy’s “Let’s Do This” campaign for the new 2012 Chevy Sonic, Pearl Media and Chevy teamed up to transform the well-known, arcade-style, prize-grabbing claw game into a massive 3D experience. That’s right, hundreds lined up on Hollywood Boulevard to control the enormous claw, which was projected on the side of the iconic Roosevelt Hotel.

“This project allowed the consumers to actually manipulate the results, the creative and what’s happening in the projection. We created a three-dimensional claw and allowed people down on Hollywood Boulevard to control it through a large joystick that was made to look like a Chevy gearshift knob,” says Pearl Media ceo Josh Cohen.

The challenges in pulling the event off were many. The Pearl creative team was not only creating an interactive projected game, but also a game of chance. Designers needed to make sure that people weren’t able to unfairly manipulate the game in any way.

“The first challenge was developing the game and the algorithms within the game to make sure that it really was a game of chance. Then it was a matter of making all of the technologies work together,” Cohen says.

Pearl Media specializes high-tech event technology such as 3D mapping, but adding this new interactive layer to the process was a new twist.

“The shift knob was located at street level, while the controls for the install were up on a rooftop adjacent to the hotel. We used 16 projectors that all blended together to look like one seamless image, so we had to make sure that those were all talking to each other and to the game in real time,” Cohen says.

The joystick was about four feet tall, and the Pearl team needed to make sure it was big enough so that people could manipulate it, but also sturdy enough that 400 to 500 people could play the game. The gearshift was very sensitive, with sensors built into the bottom of the joystick communicating the movement to the projectors. A foot pedal next to the shifter activated the claw itself, and attendees grabbed for prizes such as vacations, cameras, snowboards and the grand prize—a 2012 Chevy Sonic.

Pearl Media developed the content for the project in 11 weeks, so there was a tight deadline. The setup of the actual event on the street was also tight, as the team had just 30 minutes to block off the street, set up the stage and footprint and get things rolling. Two full nights of projection tests proceeded the event, which went off without a hitch.

“We had a line all the way down Hollywood Boulevard, and people waited 45 minutes to an hour to play. We normally get a lot of ‘wow’ factor with these projections, but this let them engage with the projection in a way that had never been done before,” Cohen says.

This Article was Written by: 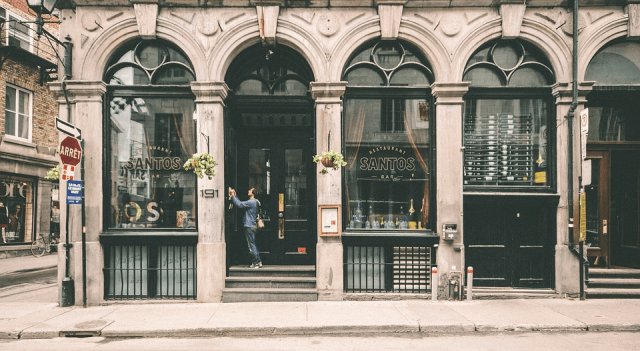 How To Get Started Selling Advertising Space on Buildings You Own

Selling advertising space on buildings you own can be an excellent additional source of income. A commercial building yields its owner significant income when any number of its units are being rented out to other businesses. However, there is an...