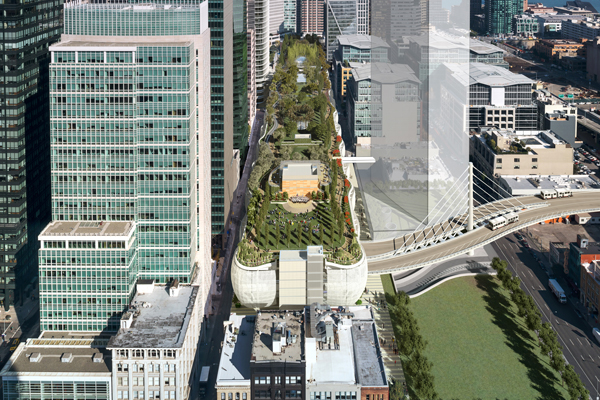 On August 11th, the long awaited Salesforce Transit Center opened its doors! Kicking off the launch, thousands of locals came to celebrate for a grand opening block party. 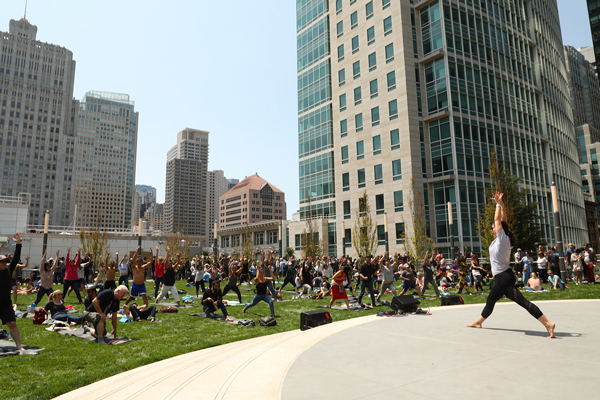 The 5.4 acre park is certainly the resident favorite development of Salesforce Transit Center. Open daily from 6AM – 8PM, Salesforce Park is flourishing with curated landscaping and a full schedule of free events ranging from fitness classes to performance art. Within the first week of opening, hundreds of residents attended yoga, fitness, and performing arts classes along with an epic 500 person silent disco! 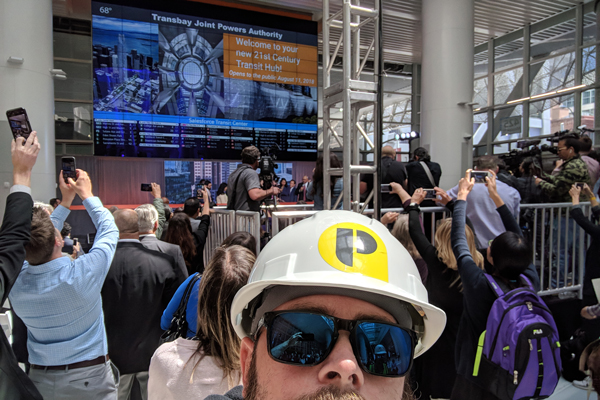 What kind of promotional partners would we be to Salesforce Transit Center if we didn’t help curate a massive 115 screen digital signage network for advertisers? Consisting of 4 unique display types, including a massive 20’ x 30’ Grand Hall Display Board, the network will be launching with some of the biggest brands in the country. Our SVP of Production, Daniel Odham, is especially proud of the Grand Hall Display Board. 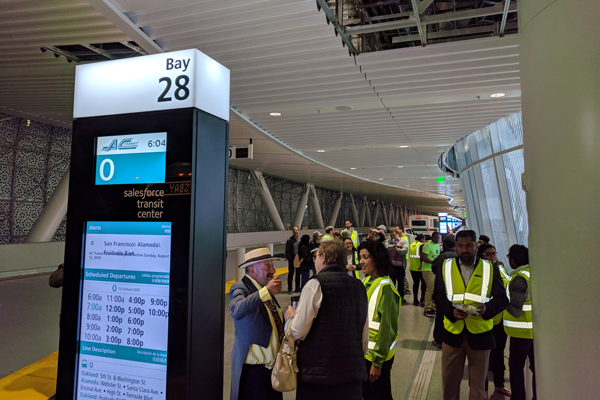 At long last, the permanent bus deck and plaza are in full operation. The bus deck and plaza alone will service 11 million passengers annually. With future plans for high-speed rail service, Salesforce Transit Center has surely cemented itself as the “Grand Central Station of the West”. 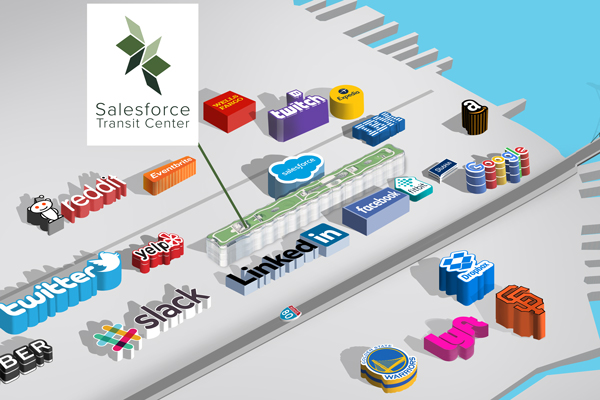 With over 31 new building developments, 15 million sq ft of office space, 8,600 luxury housing units and 250,000 sq ft of new retail space, downtown San Francisco is attracting one of the highest demographics worldwide. The neighborhood is home to some of the nation’s top corporate offices such as Salesforce, Facebook, LinkedIn, Google, Twitch, Twitter, Yelp, Slack, Uber, Lyft, Dropbox, Amazon and more. 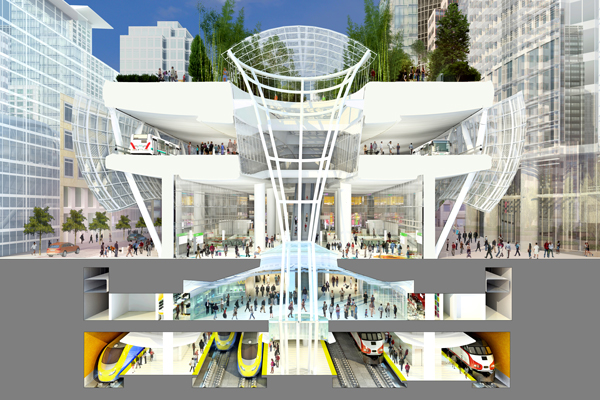 This is only the beginning for Salesforce Transit Center. Kicking off in 2019, over 100,000 square feet of retail space goes live, featuring local businesses, top retailers, and lifestyle facilities.

Random Pearl Quote of the Week:   "The most important thing is to try and inspire people so that they can be great in whatever they want to do." - Kobe Bryant.   BUD LIGHT Bud Light Legends were back just in time to save the...