“I know someday you’ll have a beautiful life, I know you’ll be a star in somebody else’s sky.”  – Pearl Jam 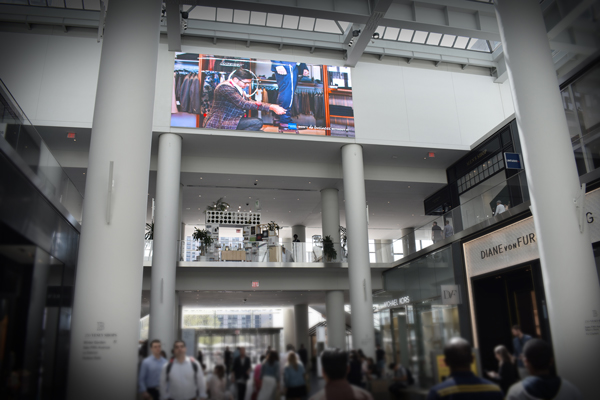 Here at Pearl, we don’t like to settle for the status quo. We take pride in offering our clients the best possible means to elevate their brands. This week, we’re proudly presenting our new Courtyard screens at Brookfield Place! At over 400 square feet each, that’s a whole lot of screen. 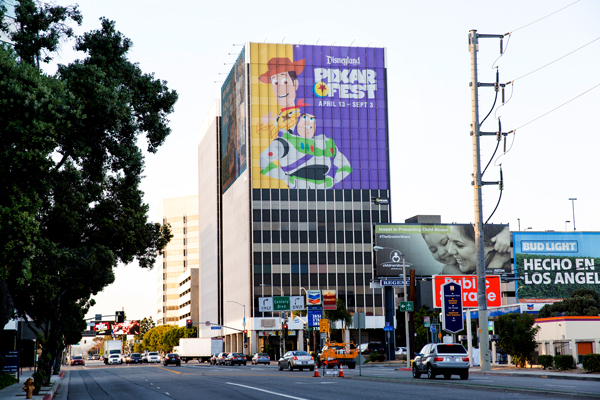 Everyone’s favorite anthropomorphic toys can now be seen high above the 405 highway in LA. Promoting Disneyland’s Pixar Fest, Buzz and Woody are on a mission to take commuters to infinity and beyond! Maybe that’s a stretch, but hopefully they can take them beyond the rush-hour traffic.

Face2Face with the Victims 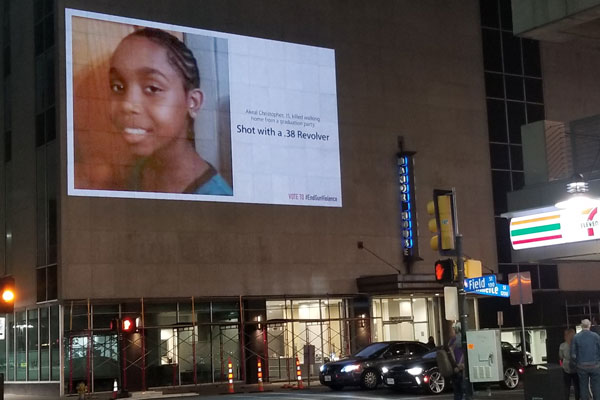 As part of a large, organized Out-of-Home campaign, we teamed up with Dallas-based freelance creative director Susan Levine on her “Face2Face” initiative. The creative addressed gun reform in an emotionally charged message, bringing NRA convention attendees face to face with victims of gun violence on the streets of Dallas. Doing our part, we deployed mobile projections around the city. The overall campaign made some serious waves, being recognized by many local news outlets and even AdWeek. 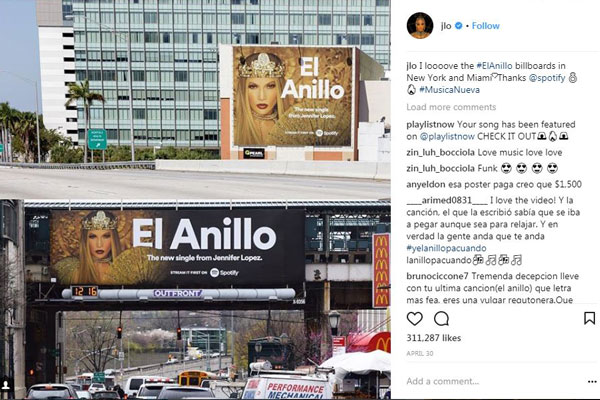 This isn’t the first time a celeb has showcased our work, but it may be the most exciting one yet. To show love for her new single, “El Anillo”, Jennifer Lopez posted an Insta of one of our Miami wallscapes. Bringing her Latin flair down South just in time for summer, Miami’s newest dance club is now on the Dolphin Expressway.

New Addition to the Trophy Case 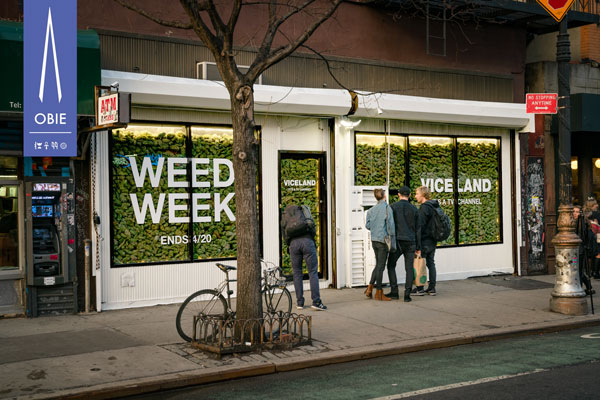 We don’t do what we do for the recognition – but it is a nice perk from time to time. At this year’s OAAA conference in Austin, our 2017 storefront campaign for Viceland’s Week Week took home a gold OBIE in the Engagement category! Who knew filling a storefront with fake weed would be something to brag to mom and dad about?