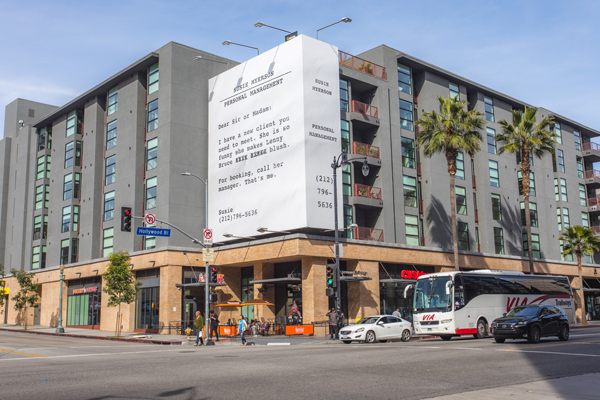 As referenced in a recent Variety article, Amazon Studios are heavily promoting their Emmy FYC campaign for comedy-drama series The Marvelous Mrs. Maisel. Taking over our 6201 Hollywood wallscape, stand-up comedian Miriam “Midge” Maisel is practicing some of her sets on Hollywood’s residents. So go ahead, call the featured number on the posting, (212)-796-5636, if you want a good laugh straight out of the 1950’s. 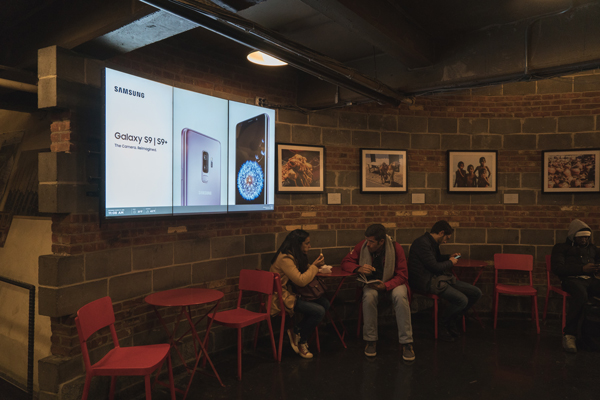 Sure, you’ve seen us spread the word about album or movie releases, but this week we’re keeping things tech-savvy. Samsung took to our Chelsea Market Feed digital network to promote the launch of the new Galaxy S9 phone. Might as well have the latest and greatest phone camera for all those Instagramable food pics you’ll be taking in the Market! 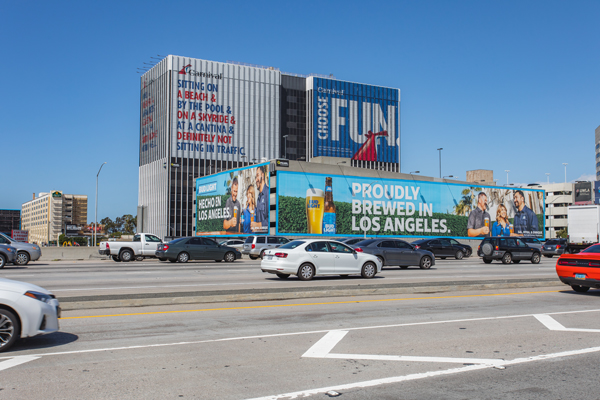 When you’re stuck in traffic on the 405 in LA, it’s easy to be in a bad mood. We get it, but Pearl teamed up with Bud Light to remind commuters what awaits when they get home, a refreshingly cold Bud Light. It makes it all the better knowing it was brewed by fellow Angelenos.

A Degree in Storefronts 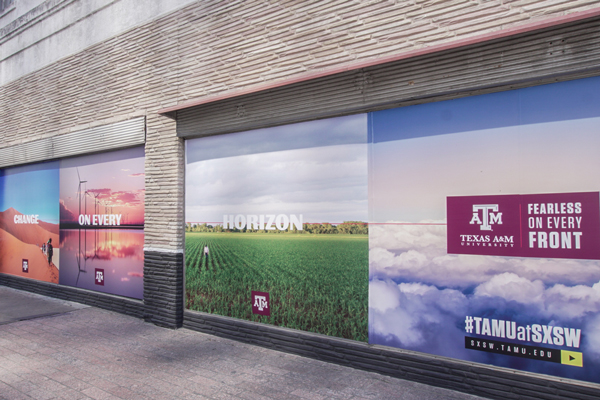 As one of the largest public universities in the country, Texas A&M has a lot to offer its students. Recruiting future “visionaries”, A&M looks for prospective students willing to leave their mark on many different fronts. So where better to scout visionaries than SXSW? Taking over a downtown Austin storefront, A&M was sure to catch the eyes of young dreamers. Maybe there’s a future for us as adjunct professors with our PhD in Out-of-Home! 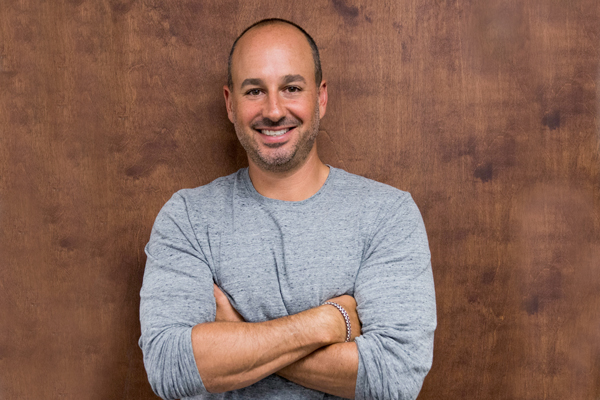 Over the course of our 10 years, we’ve been lucky enough to have several pieces published in Adweek. The LATEST is a feature written by our leader and OOH innovator, Josh Cohen. Compiling his learnings and observations of the industry, Josh explains 7 ways to ensure your OOH media is hooking the consumer’s attention. Intrigued? Give it a read and a share!

The 5 Pillars of Building a Brand Experience