Hello Pearl Media friends and family! It’s been awhile since our last talk, but we have some exciting work to share with you today. As 2016 hits the halfway mark, we’d like to reflect on the jam-packed experiential year we’ve had. Every month has presented incredible client challenges that have truly tested our creativity in the space. Meeting each challenge with our collective minds, the results are programs that we take extreme pride in that truly reflect the work Pearl Media is capable of producing. 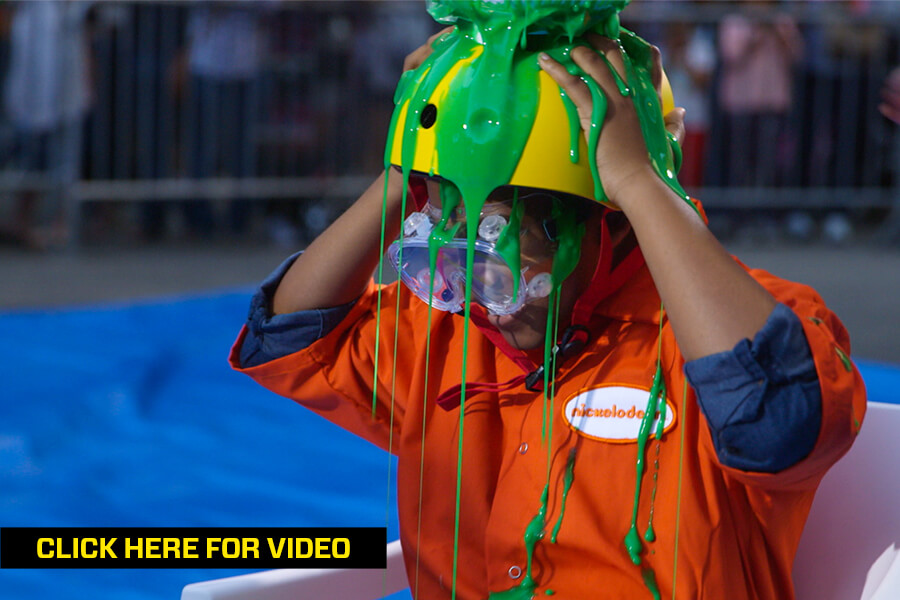 The Kids’ Choice Awards is the largest collection of opinions from kids and teens around the nation. To promote the show in a way that was bigger and better than ever before, Pearl with the help of Spark SMG created a smile-inducing, surprise-and-delight event. Over two days, a storefront located in Hollywood & Highland dished out dozens of epic stunts. Kids ate pizza with the Teenage Mutant Ninja Turtles, threw slime balloons, danced-off with Chachi Gonzales and even accepted their very own Kids’ Choice Award! Adding in some huge prizes to boot, this year’s Kids’ Choice Awards was more anticipated than ever before. 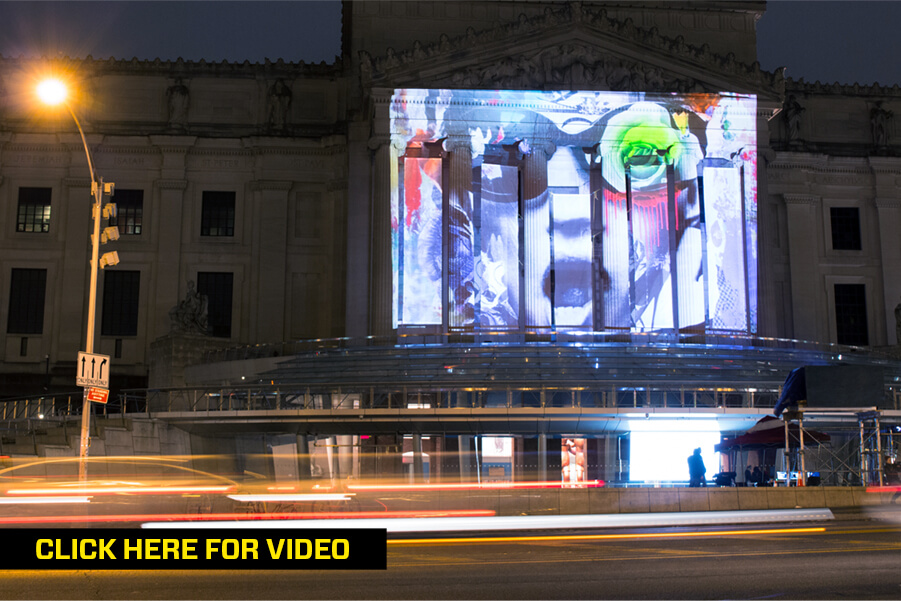 Canon: Rebel With A Cause

To celebrate 25 years of the Canon EOS Rebel DSLR Camera, GRAMMY Award winning producer and artist, Swizz Beatz, with the help of Grey, were going to shatter the politics of the art world. Instead of focusing on his own art, the goal was to advocate for unknown artists to get the recognition they deserve. This is where Pearl Media stepped in. Through our projection expertise, we transformed the facades of art institutes like the Brooklyn Museum and the Bronx Museum of the Arts into live canvases for these known artists. This is the first time ever that the Brooklyn Museum had been projected on. 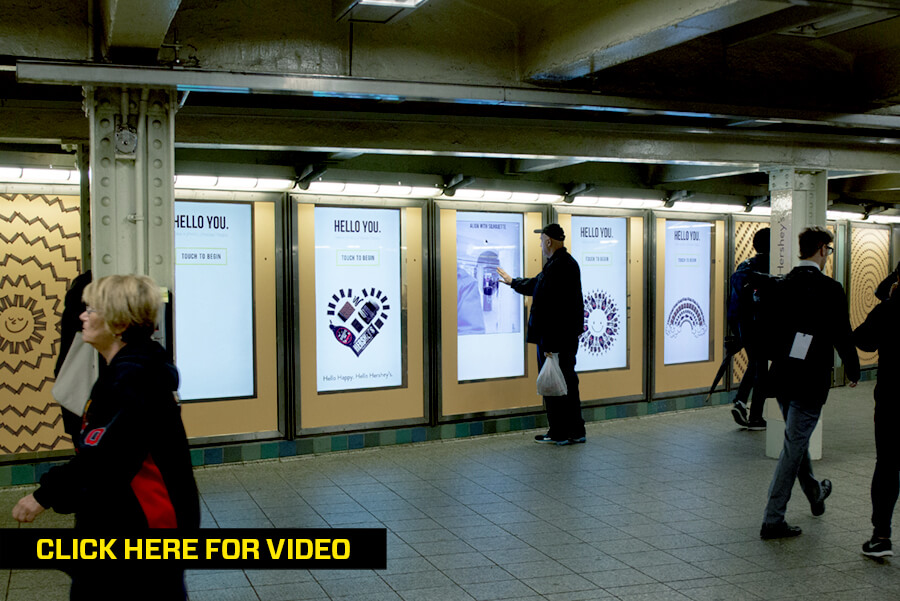 Looking to spread happy vibes to thousands of consumers, Hershey’s took over the Times Square subway station for 4 weeks. Speaking of good vibes, this activation was a highly collaborative effort between Rapport, Arnold Worldwide, UMWW and Pearl Media. With five massive interactive digital displays, Hershey’s engaged consumers with a fun photo capture and overlay experience. Users could then visit the Hershey’s Times Square retail store for a print out of their photo along with a free candy bar. Talk about a sweet commute! 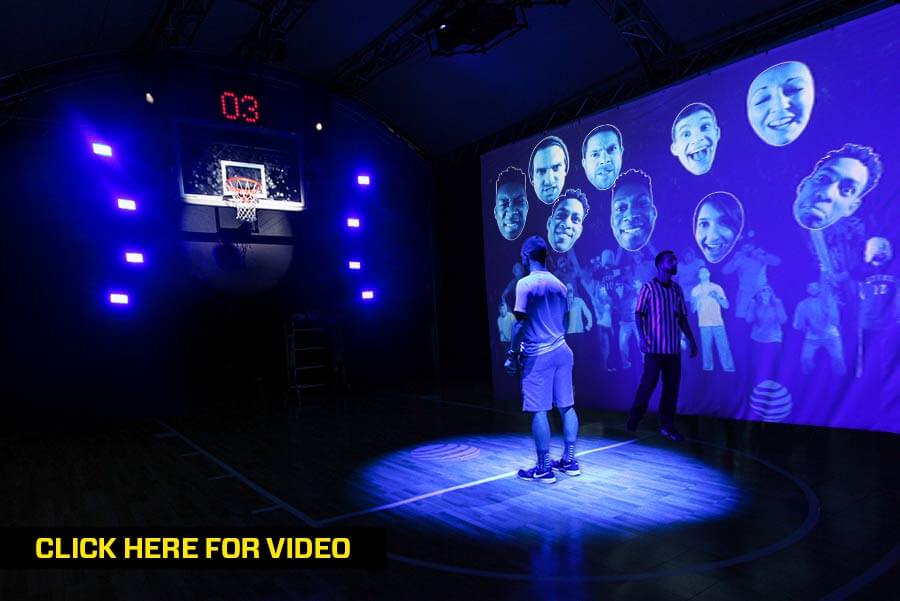 To bring the energy of the Final Four to life, AT&T wanted to put NCAA basketball fans in the player’s shoes. In tandem with PS Live, Pearl Media developed an immersive free throw experience that tested people’s nerves under pressure. Setting the scenario of the shot through projected walls, participants had one chance to make a shot from foul line. Make the basket and win the championship or miss it and end up in overtime. Further immersed with roaring stadium sound effects and a rumbling floor, the pressure was definitely on! 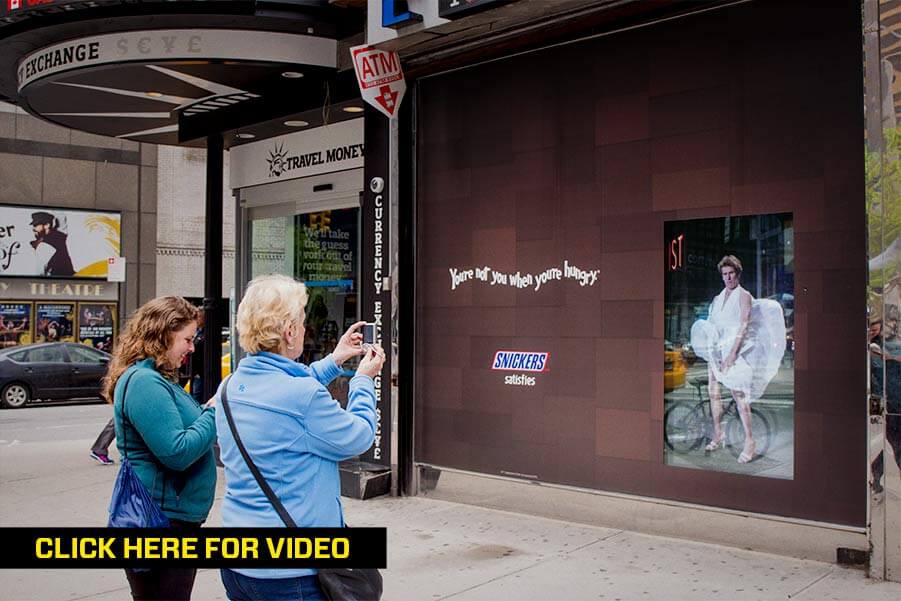 Extending the reach of Snickers’ TV spot, consumers were surprised and delighted by a hysterical transformation. With BBDO’s creative direction, an iconic video loop of Marilyn Monroe’s skirt being blown up was featured on the storefront. As consumers came to stop and watch, Ms. Monroe transformed into Willem Dafoe who was very quick to snap at them. He should really grab a Snickers. 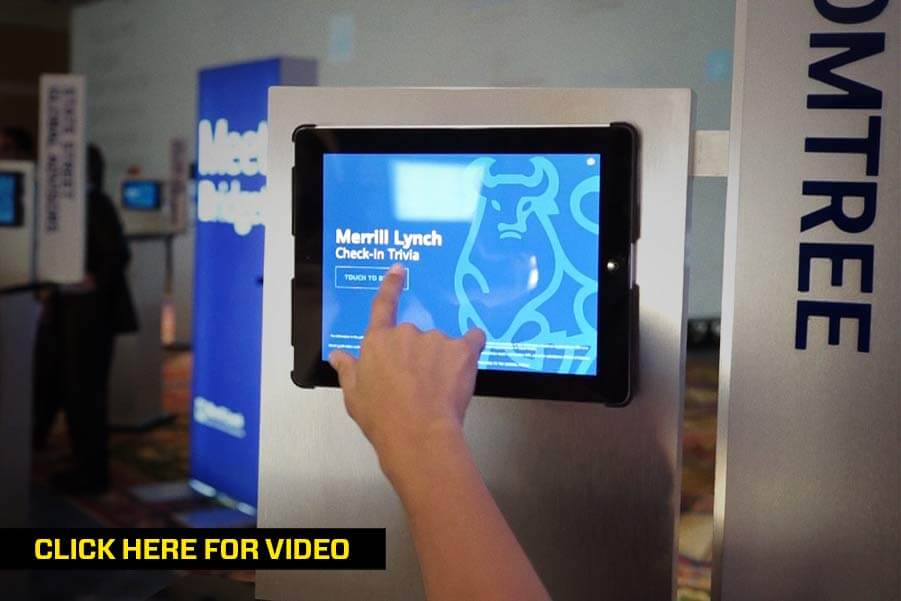 For the AES Conference in Orlando, Merrill Lynch sought new and interactive ways to engage with their attendees. Pearl Media in partnership with Boathouse Group developed a “check in” trivia app, blending entertainment, friendly competition and education. Each of the 30 conference Investment Management Groups were given a custom exhibit station equipped with an iPad that was preloaded with the app. Attendees were encouraged to sign-in with each IM (investment manager) and answer a unique trivia question. Scores accumulated on a leader-board throughout the conference and the winner was awarded a prize at the final main stage event. 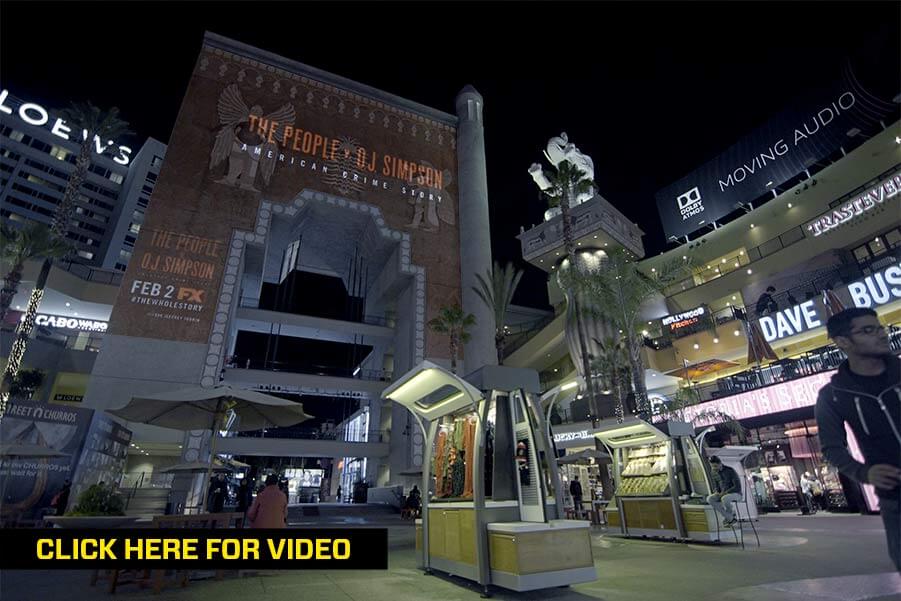 FX’s new series The People v. O.J. Simpson: American Crime Story tells an iconic story in American culture. To drive viewership for the pilot, Pearl Media created a weekend long projection program in New York and Los Angeles. City streets and even the Hollywood & Highland archway displayed chilling quotes from the O.J. Simpson trials with tune-in information. According to Nielson’s, the pilot was that day’s number one viewed program.

As Pearl Media moves into the second half of the year, we’re excited for what new challenges and activations lay in store. With our ever growing experience, you can expect us to deliver even more exceptional brand experiences by years’ end. If you’d like to learn more about any of our programs, just drop us a line and we’d be thrilled to walk you through the intricacies. Until next time!

The Pearl Media team designed and built seven custom kiosk installations stylized like passports, each housing an 80-inch and a 55-inch HD screen.   The eighth annual Texas on Tour traveling interactive experience will give consumers a taste...